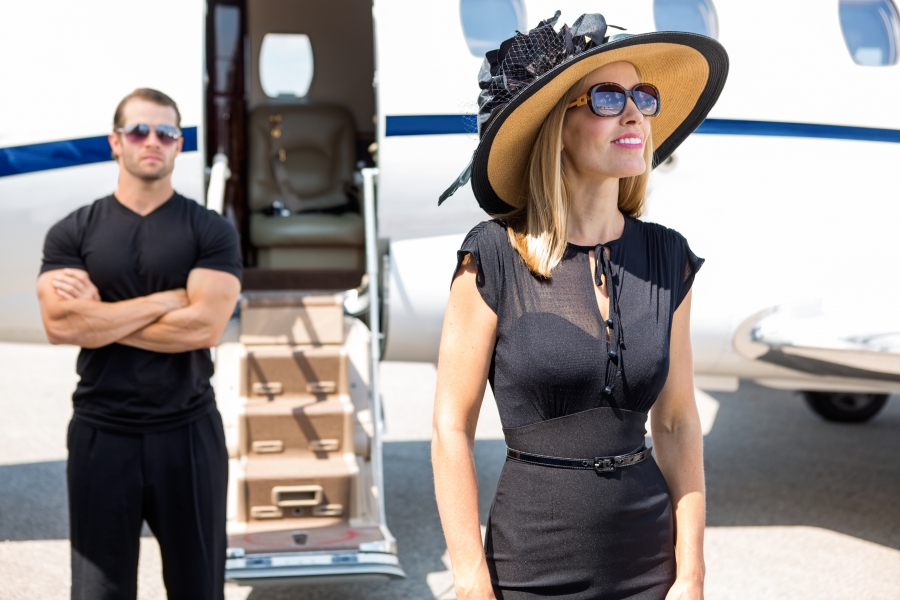 You’re watching a movie, and you notice that the important politician character is always being followed around by a silent muscular guy in a black suit. You likely don’t have to think very hard to realize that this man is the politician’s bodyguard, also called a security escort, and that he’s there to get the politician safely from point A to point B. We witness security escorts such as this all of the time in movies and on television, and many of us have consequently begun to believe that security escorts are only for politicians, celebrities, and important business executives. This is not the case. Keep reading to learn why someone might hire a security escort.

Why Hire a Security Escort?

One of the most well-known reasons to need a security escort is celebrity status. People of status or who are famous, such as celebrities, politicians, or business executives, can get a lot of worldwide attention. These are the kinds of people who are recognizable anywhere and who have a large number of people standing in support of them. While these types of people may have hordes of fans and supporters, they also likely have some enemies out there. These famous folks and people of high status often hire security escorts when their lives are being threatened or they otherwise fear for their safety.

Business executives and other similar people may hire a security escort to ensure their business dealings go smoothly. Having professional protection can be vital for business executives, especially while they’re attending important business meetings, traveling outside of the country, and handling business dealings that involve large amounts of money. Executives also often hire security escorts to protect against former employees, kidnapping attempts, and many other common threats.

Security escorts are often hired when things of great value are being moved from one place to another. This can take the form of a security escort to the bank to make your daily cash drop, or this can take the form of protecting a family’s valuable keepsakes while they’re being moved across town. There doesn’t need to have been any sort of threat made to make this type of security service necessary. It’s good practice to seek professional attention when handling anything of significantly high value.

Do any of these situations sound familiar, or do you have another circumstance that requires professional protection? Our Nashville security company can provide you with security escorts to keep you safe. Get in touch with us by contacting us online.